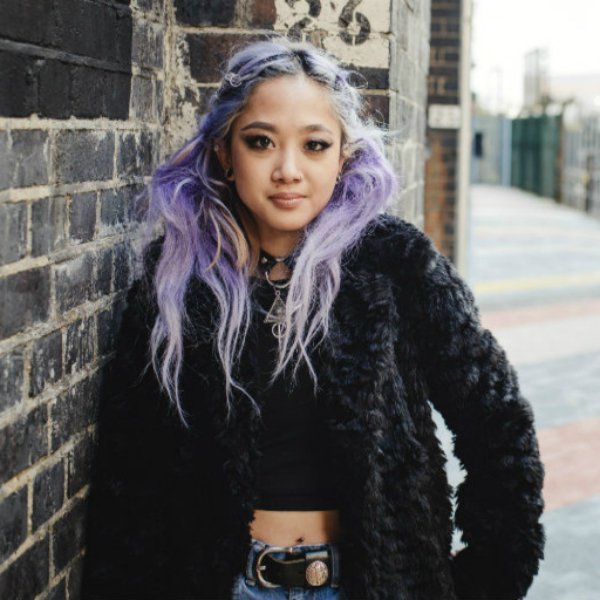 Laine is a young designer who grew up in Essex and with the help of mentors at the Prince’s Trust was able to get through a very hard time in life during her GCSEs.

When she was 16, Laine felt out of place and as though she didn’t belong in this world.

She was bullied and would spend her days on her own writing and drawing. “I ran into problems with my mental health," she says. “I used to draw how I was feeling. I didn’t like anything or anyone.”

Laine was having suicidal thoughts and self-harming and was admitted into hospital just months before her GCSE exams. Not being able to take her art exam was a devastating setback.

“I got admitted into Brookside, which is a young person’s mental health unit”, says Laine. “I thought I was broken.”

Finding someone to trust and help

That was when Laine was able to start asking for help. She found The Prince’s Trust, a charity that supports young people to get their lives on track. She found a mentor there - Donovan - who has been able to help her see a way forward past her problems and to start pursuing her dreams.

She began to find her feet and rose to challenges such as being tasked with taking charge of an artwork activity. Realising that people were with her instead of against her, Laine soon started to think of ways to channel her creativity in order to build a future for herself.

Getting back on track

“After asking for help I just felt so refreshed. Like I was glowing inside,” says Laine. “I know now the past is actually an important part of who I am, but I’ve now made important changes to my life, have passion about what I’m doing and am ready for the future.”

Now working as a graphic design apprentice for a small SEO marketing firm, Laine has high hopes. She says: “Joining The Prince’s Trust was honestly one of the best things I’ve ever done and I’m now a different person. The support I’ve had has given me a positive outlook on life, I’ve developed strong relationships and found the confidence to look and be the way I want to be.”

Laine’s story comes from the Prince’s Trust website www.princes-trust.org.uk - you can read many more inspiring stories about resilience there. We are very grateful to The Prince’s Trust for allowing us to reproduce it here at Bounce Back Newham.