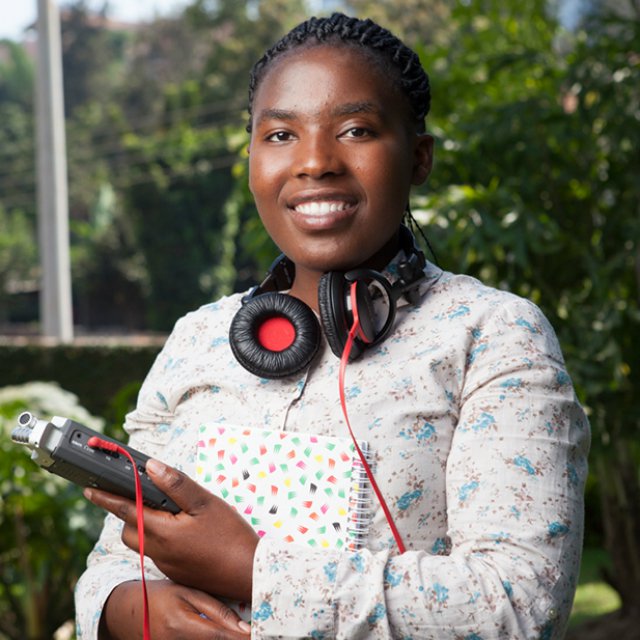 Ntakiyimana is from Rwanda. She tells the story of how focusing on what she is good at has helped her to achieve her dreams of representing young people in her village and area on the local council.

My name is Ntakiyimana Mbabazi Odile. I am 21 years old. I was born and raised in a rural area of Rwanda and completed both primary and secondary school.

My mother is an ordinary farmer who raised six children on her own. While I continued my studies I helped her cultivate the land. 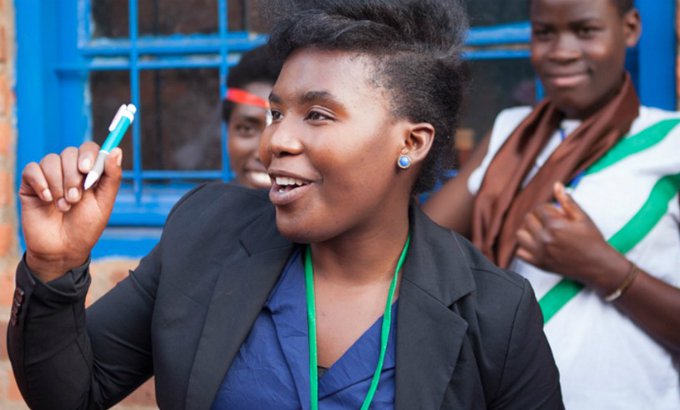 The first step to success

At school I was given the responsibility to represent my peers as the students voted for me to be their class leader – this gave me hope that I would grow up to have a successful life.

I have always been confident, but my confidence grew even more when I was chosen to be a Ni Nyampinga journalist.

Fulfilling my potential thanks to Ni Nyampinga

When the elections of youth representatives for our village began, I was ready to give my speech and convince the crowd to vote for me. I believed I was the perfect candidate, but now I needed to show them. Although I was nervous, I stood up firmly in front of the crowd. As soon as I reached the stage, I heard murmurs accompanied by voices shouting: “We want that one, Ni Nyampinga radio show!”

Being a Ni Nyampinga journalist is the main reason I won the village election. It didn’t take much effort to persuade the crowd to vote for me because everybody trusted me before I even said a single word. I am now the village youth coordinator.

The journey didn’t end there. All elected village representatives had to come together to choose a youth coordinator for our cell of villages. At the cell level there were 28 girl and 21 boy candidates, but only seven of us would be elected.

We were each given time to give a speech. I was nervous but very excited by the success I’d had in the village elections so I wanted to do my best. All the candidates continued to talk about themselves and, surprisingly, I learnt that I was the only one to have graduated from university! Others were still at school.

Then came the results: “The youth coordinator in Nyamabuye cell is… Ntakiyimana Mbabazi Odile!” the elections regulator announced. I couldn’t believe it! The other girls hugged me enthusiastically.

The elections reinforced my self-esteem and passion to be the voice of girls in my community. I also realised that being a Ni Nyampinga journalist is a great responsibility. All girls in the country look up to us and believe we are role models.The journey of success continues

My leadership journey continues. All elected candidates will be able to run for the next level of administration, called Sector. After that is the district level and finally the province level. It’s the first time in Rwanda that youth committees have been elected starting from the village level.

My goal now is to sit within the District National Youth Council, but I have ambitions to go even further.

Ntakiyimana’s story comes from the Girl Effect website www.girleffect.org - you can read many more inspiring stories about resilience there. We are very grateful to Girl Effect for allowing us to reproduce it here at Bounce Back Newham.